Led by award winning producer Grant Keir, the company was established in 1998 and has offices in the city of Edinburgh, Scotland. We enjoy a close working relationship with Faction Films Ltd with offices in London. 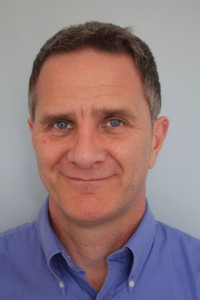 Grant Keir is an experienced film, documentary and cross platform producer whose recent credits include the highly successful feature documentary ‘From Scotland With Love’ with Director Virginia Heath and ‘A Very Unsettled Summer’ with multi-award winning writer / director Anca Damian.

Faction North is in development with three projects backed by Creative Scotland including the feature thriller ‘Mystery Ride’, the feature documentary ‘From New Zealand with Love’; and feature thriller ‘Bitter Little Twist’. Grant is an EAVE graduate, a former Board Member of the Sheffield International Documentary Film Festival and regularly mentors and teaches producing, pitching and business skills for a range of clients including Dok Incubator, Skillset, Creative Scotland and Crossover Labs.

Peter Day is a producer and director based in London. He has produced and directed documentaries for International broadcasters since 1991. Many of these films have won international prizes and have appeared in numerous international festivals. He has made many European co-productions for ARTE, TV2 Denmark, YLE Finland, WDR Germany, and HBO amongst others. 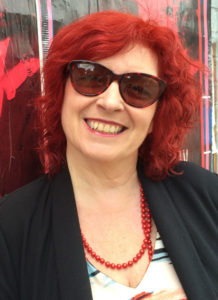 Virginia Heath is a multi-award winning writer/director with New Zealand and UK nationality. She directs both drama and documentary films including the Berlinale award winning Relativity and the acclaimed, BAFTA nominated, From Scotland With Love.

She directed the BAFTA nominated feature length archive and music documentary From Scotland With Love (75’) which screened at film festivals around the world – ‘Brilliantly evokes the flavour of 20th century Scotland’ – The Herald; ‘Hypnotic’ – The Independent; ‘Some kind of genius’ – The Guardian; ‘Spellbinding’, The Radio Times. She subsequently directed We Are All Migrants (20’), a short poetic documentary which reflects on the 20th century migration experience across Europe.

Virginia’s short film Relativity (10’) won Best Short Film at the Berlin International Film Festival (2002) and was nominated for the European Film Academy Awards. She won a National Film Board of Canada / Sheffield Doc/Fest Cross Media Challenge Award (2009) for the My Dangerous Loverboy film and innovative Cross Platform Project about the sex trafficking of teenagers.